How Much Money Can You Make on TikTok? 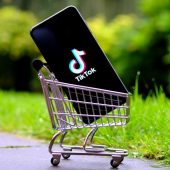 Can you make a living off of TikTok? Yes, but it ain’t easy—the viral video platform offers limited ad revenue to its creators, so you’ll need to rely on sponsored posts, merchandise, and thousands of followers before you can quit your day job.

The biggest TikTok influencers—ones like Charli D’Amelio (101.5 million followers), Michael Le (42.4 million followers), and Josh Richards (23.4 million followers)—all made at least $1 million in 2020, according to Forbes. However, most of that money is earned through the sales of merchandise and sponsored content for big brands, rather than ad revenue. In fact, TikTok only recently started to share ad revenue through its Creator’s Fund, which content creators have criticized for being underfunded, as they claim it typically only provides a few dollars per day.

Influencers using the Creator’s Fund report a rate of 2-4 cents per 1,000 views, which means that a relatively successful video of 500,000 views would net you about twenty bucks. On the other hand, it still adds up—prolific creators with tens of millions of followers can rake in between $100,000 to $200,000 annually from the Fund, according to the site Tube Filter. For the vast majority of influencers, however, it’s difficult to make TikTok into a full-time income based on ad revenue alone.

(The app also allows for tips, or “digital gifts,” during a livestream, but that’s a pittance compared to ad revenue, especially as TikTok keeps 50% of those donations).

How most money is made

Aside from ad revenue, most TikTok earners make their money through sponsored posts, product placement, and merchandise. How much one can make varies, depending on follower count, number of comments or likes, location, and the type of account (for exapmle, fashion might be easier to monetize than pimple popping videos).

When creators get near the 10,000 follower mark, smaller brands might offer $100-500 to mention them in a post (this can include a “music integration,” in which a creator gets paid to play a track in the background of their video). With more followers, influencers subsequently are offered promos more consistently, allowing them to bump up their prices.

As an example, in an interview with Business insider, a fashion influencer with 250,000 followers says she posts five times a week, and two or three of those posts are usually sponsored. Her rates for sponsored content are listed as:

Based on this, if an average week is one music integration with two brand integrations, it would be roughly $1200 a week, or $62,400 per year, before taxes (you could conceivably add a few thousand in ad revenue, too). In this case, the influencer doesn’t post as frequently as other accounts tend to—usually one per day—but it illustrates how the number of promoted posts can increase a content creator’s income (making sure these videos are fun to watch is another matter). Of course, rates could be quoted higher than what’s stated in this example, but that will also depend on the creator’s negotiating skills and demand from sponsors.

TikTok also offers the TikTok Creator Marketplace, which is where brands and marketers can contact creators and influencers directly to negotiate promoted content deals on their channels. The site, in essence, shops around its creators, and offers analytics for sponsors looking targeting specific demographics to help them decide which creator to work with.

In addition to sponsors, TikTok has made it easier to sell merch on its site with a Teespring integration launched last summer, although creators can link out from their accounts to third-party merch stores, too. Creators without millions of followers might only make a few bucks on t-shirt sales, but the big earners tend to have a strong community of engaged followers, or they have videos that translate well into memes—like the Dreams TikTok star, who has made over $30,000 in merch sales since the video went viral.

Can you expect to earn that much from one TikTok video? Probably not. But then again, you never know what video might go viral and become popular—the allure of TikTok is what’s possible.

How to Come Down From a Cannabis High