When it comes to kids and teenagers, it’s all about TikTok. Competitors can try to clone it, the president can try to shut it down, but the made-in-China video sharing service just keeps on rolling, with around 850 million people estimated as active users. Even if you don’t like it, TikTok is the marketplace of ideas for anyone under 25, whether it’s silly arguments about the occult, deadly serious ones about COVID-19 vaccines, or heartwarming reimagining of mid-2000 kids’ movies.

You know who’s gaining popularity on TikTok? Satan’s little pal Baphomet! The goat-headed deity first rose to fame in 1307 during the Inquisition of the Knights Templar, but he/she/it is still hip. Baphomet is all over the Tik these days, with gothy (and ironic) teens using the app’s “Time Warp” feature to pay tribute to the dark one by making themselves in its image.

It’s the today version of throwing up horns at an Ozzy show, and like the Satanic Panic of the 1980s that Ozzy and friends birthed, religious TikTok is not happy with the movement. I, however, love everything about this trend. I love the edgy teens making so-super-spooky Baphomet videos—my people! I love the Christians who are earnestly (or smugly) warning their peers about the totally real dangers of devil worship. But most of all, I love this guy, the Ned Flanders of the occult.

Even if they don’t realize it, the most important thing happening on planet earth for teens is the development and deployment of vaccines for coronavirus. But because this is a dark and terrible time, people are actively spreading misinformation about potential pandemic-killing injections. Luckily, a group of users on TikTok are countering the spread of vaccine lies by creating a place for experts to provide valuable and truthful information to curious teenagers. (Disappointingly, it turns out the vaccines being developed don’t implant a microchip in your bloodstream so the Illuminati can track your movements.)

There is, of course, a counter-movement—a group of cranks and weirdoes on TikTok trying to convince people of the dangers of the vaccines, but unlike the well-meaning Christians worried about Baphomet, these people aren’t endearing, but despicable.

Before the internet, if you wanted to see an apple being spun so fast it explodes, you’d have to do a lot of mescaline in the produce section of your local supermarket, but thanks to technology, now you just have to go to YouTube.

I love amusing and useful glitches in video games, and a gamer on Reddit has discovered a great one in Red Dead Online. Here’s how it works: There is a wooden bridge between Macfarlane’s Ranch and Armadillo, and if you throw some knives or tomahawks at the third or fourth plank, the bridge will begin bouncing wildly. Step on it, and you will be launched into the stratosphere, where you can fly for incredible distances, and even visit otherwise inaccessible parts of the game’s map.

Check out this video to see the glitch in action. Whether RockStar, the game’s developer, will patch this mistake remains to be seen, but they’ve been known to leave amusing or popular glitches alone in other games, so let’s hope they see space-launch-bridge as a feature and not a bug.

This week in movies: ‘Ratatouille’ returns

The hottest movie this week on TikTok is 2007’s Ratatouille. Musical theater-nerd TikTok has taken it upon themselves to create a musical version of the Disney movie, complete with original songs, dance numbers, and more.

As the movement grew, “real” people in the business started noticing. Playbill compiled the “official (fake) Ratatouille Playbill.” Patton Oswalt, voice of Ratatouille, started tweeting out songs. Disney has even played nice and refrained from suing anyone yet. I hope a real version will come to a theater near me when all this madness is over.

It’s all so impossibly adorable I can’t stand it. Here are these kids who love musical theater more than I am capable of loving anything, but they can’t attend any shows because a plague stalks us all. Rather than cry and give up, they wrote their own show. It’s like a musical from the 1930s: They got the gang together, sewed some curtains, and put on a show in the old barn. They collaborated with each other, worked their crafts, and ended up creating something amazing out of a terrible situation. I’m sort of choked up by how fragile and beautiful life can be sometimes. Maybe theater nerd TikTok is the best TikTok. 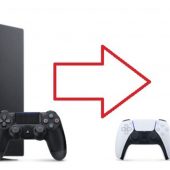 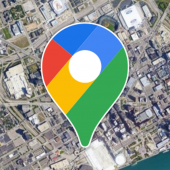 How to Read More Books in 2021, With The Root’s Danielle Belton and Maiysha Kai